The last holdout between California and a new infusion of clean energy–enough to power two million homes–is an unlikely alliance between a Colorado ranch and a flightless bird. Phil Anschutz, former oil prospector and current billionaire, has been hard at work over the last decade-plus planning a project that would build 1,000 wind turbines in Wyoming and route the power to California via a 730-mile transmission line that crosses Colorado, Utah, and Nevada. However, Cross Mountain Ranch, which lies along the proposed path, is resisting. While the line would only cross 30 acres of the 16,000-acre ranch, a conservation easement granted by a branch of the Department of Agriculture stipulates that none of the ranch be sold for development. The ranch provides valuable habitat for the sage grouse, a bird increasingly encroached upon by human development.

Despite the fact that Anschutz’ power project has been praised by President Biden’s own Secretary of Agriculture, the easement remains in place. In this instance, the dual priorities of moving to 100% renewable energy by 2035 and conserving 30% of the nation’s lands and waters by 2030, both priorities laid out by the Biden White House, appear to undermine each other. 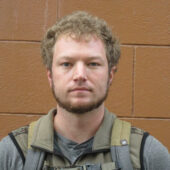 Questioning Net Zero: An Interview with a Climate Justice Delegate to COP 26