When birds settle on charged portions of the transmission lines or utility poles that span the skyline, they may be electrocuted, fall from the line, and ignite the vegetation and infrastructure below. And in regions with hot, arid climates, where dry grasses and shrubs provide the ideal fuel for flames, these sparks can result in wildfires.

“Birds frequently perch to rest or to hunt on utility poles because they are often the highest and most prominent point in the landscape,” explains Pacific Gas and Electric (PG&E) Spokesperson Deanna Contreras.

Larger-bodied birds — most often raptors like eagles, great horned owls, hawks, and turkey vultures — are most susceptible to electrocution due to their size, as they may come into contact with two transmission wires at once, forming an electrical circuit, or place undue weight on an energized piece of equipment.

Over 10 million avian mortalities occur due to electrocutions each year, with an estimated 44 cases resulting in wildfire in the United States between 2014 and 2018, according to researchers with the Wildlife Society Bulletin. Krysta Rogers, Senior Environmental Scientist for the California Department of Fish and Wildlife, notes that as of August 2022, “20 of the birds [she] received for postmortem examination had evidence of electrocution, or were suspected of being electrocuted.” Electrocutions accounted for about 3.6% of total deaths among the birds Rogers examined between 2015 and 2021, though it is difficult to determine whether fires resulted from these shocks.

Utility companies can take measures to prevent bird electrocutions, however. PG&E has adopted

an Avian Protection Plan to advise best practices for bird health and partners with the U.S. Fish and Wildlife Service to address bird safety issues. According to Contreras, more than 28,000 of PG&E’s utility poles have been retrofitted with protective covers to prevent direct contact by birds, with the company aiming to retrofit 2,000 more poles each year. Many also have bird flight diverters that reflect in low-light conditions to help birds avoid collision with power lines.

In addition to preventive action on the part of utility companies, climate change mitigation and proper fire management remain crucial to disaster prevention. Though wildfires caused by bird electrocutions are less of a concern on the coasts, where air is cooler and wetter, any potential for fire in a drought-vulnerable California poses a severe threat. Snuffing out these risks means protecting ourselves, wildlife, and the birds soaring across the skyline. 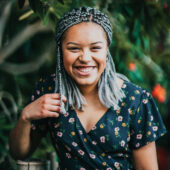