Growing up in Los Angeles in the late 1970’s, 80’s and early 90’s, the onset of Santa Ana winds meant that fire season was upon us. I can recall those warm, dry winds blowing offshore, making us sweat in our homes, keeping us up at night. Further away, my Southern California brethren living in the canyons and along the fringes of the San Gabriel and San Fernando Valleys would need to stay alert.

Living on the coast in San Pedro as a kid, wildfires presented minimal direct risk to our home. But my dad, working for the L.A. Times as a photographer, would be in the middle of these fires out in the fringes of the Los Angeles region to cover them for the newspaper. I marveled at the scale of these conflagrations that my dad witnessed while on assignment from the photos he brought home and his descriptions of their power and unpredictability. He barely escaped covering the Dayton Fire in Malibu in 1982, having to flee down a river bed while his car melted down. Scary.

After living in the Northeast (blizzards) and Southeast (hurricanes) from 1991-1998, I returned to California, and ultimately the Bay Area, where I married a local in 2003. We moved down to Santa Cruz for my career and started a family.

But the climate was changing. It was getting hotter and drier in the northern half of the state. My wife kept saying things like, “We never had dry winters like this as a kid.” In 2013, we got smoked out of Lake Tahoe while on vacation due to the Rim Fire. This was the first of many such experiences, as an extended drought persisted throughout the state during the 2010s.

All of a sudden we had fire season in Northern California, too. Climate change, creeping urbanization, and forestry mismanagement are undoubtedly all contributing factors to this shift. It seemed every year we had to think about fires. Even though we were living on the coast, the offshore winds of September and October no longer only brought warmer weather and blew away the marine layer; they too often brought smoke from inland fires. Soccer and baseball games were canceled, windows closed, and the lack of air conditioning on the Central Coast was increasingly a problem. Everyone had purpleair.com bookmarked on their internet browsers to track air conditions.

Several members of my family have asthma issues, which were amplified by the frequent smoke events. After a string of fall seasons with disruptive smoky air conditions and blackouts, we finally gave in and purchased a generator.

The addition of COVID-19 really brought things to a head for us in late summer 2020. As the kids were schooling from home and my wife and I were working from home in August, a wildfire erupted locally in the Santa Cruz mountains. There was no tangible risk to our home, but ash was falling and the air quality was horrendous. It was hot, but we wouldn’t open the windows at night to cool off the house because of the smoke. And we couldn’t really go anywhere because of COVID. Then the power went out and we were told classes would shut down for the week. We felt trapped in a hot box. We had to get out of town.

We drove north and didn’t escape the smoke until we reached the Oregon border over six  hours later, as there were large fires all over the northern half of the state. We spent the week on the clear Oregon coast with friends, and discussed a possible move to the Northwest. Three months later we had moved to Seattle, where we were looking forward to enjoying plentiful rain and year-round green in the emerald city.

Highway 88 at Carson Pass (near Lake Tahoe) on August 17, 2021, during the Caldor Fire. Photo: Patrick Barnard.

We soon learned we could not completely escape climate extremes by just driving north 800 miles. On June 28, 2021, Seattle reached a record 108 degrees, shattering the all-time record by 5 degrees, the record for June by 10 degrees, and the daily record by 17 degrees! The average high temperature in June is 71 degrees. Three consecutive 100 degree days were recorded during that heat wave — only four 100 degree days had ever been recorded in Seattle’s history. The last time I was immersed in heat like this was during a trip to Death Valley.

That summer Seattle was spared from smoke, but it was all over most of the Western states. We went to Lake Tahoe for two weeks in August, but it smelled like we were in the middle of a campfire every day. On only a few half-days the wind was just right so we could tolerate going outside. Toward the end of our stay, the Caldor Fire erupted 40 miles southeast of the lake, and it seemed we were living on Mars. The sky turned dark, the landscape eerily glowed red, and it was unbreathable. We went home just before the mandatory evacuation, and only thanks to 5,000 fire fighters diverting the blaze was South Lake Tahoe spared.

More was on the way…in 2022, fall didn’t begin on schedule after the driest and hottest summer in Seattle’s history. Instead of off and on rain beginning in mid-September, we had ZERO rain. Several fires erupted in the lower Cascades, and warm easterly winds from central Washington brought smoke to Seattle, producing the worst air quality in the world off and on for a month until rain finally arrived in late October. Longtime locals told us this was the worst it had ever been, which seemed a common refrain wherever we have lived.

Calling my family climate refugees is insensitive to the millions across the world, especially in Asia, and Africa, and Latin America, who are being forcibly displaced every year by a lack of livable resources (e.g., food and water) due to increasingly hazardous conditions (e.g., rising seas, flooding, drought) driven by climate change.

‘Climate migrants’ may be more apt. Unlike most in the developing world, we had a choice, and it was more driven by discomfort than absolute necessity. Nevertheless, the changing climate is what drove us away from our home in California to seek greener pastures and cleaner air in the Pacific Northwest. We moved to Washington to be free of the smoke, but apparently we can’t escape climate change. 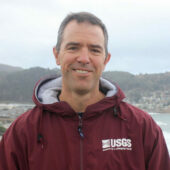 has been a Research Geologist with the USGS in Santa Cruz since 2003, is the Project Chief for the Coastal Climate Impacts Project, and Co-Developer of the Coastal Storm Modeling System (CoSMoS). His research focuses on coastal hazards driven by storms and sea level rise across U.S. beaches and estuaries. He is a science advisor for KneeDeep's investigative 2022-2023 Extremes in 3D series.

Is Weed Greener Indoors or Out?