The Petaluma Equitable Climate Action Committee (PECAC) helps bring diversity and equity to an arena of public policy otherwise dominated by white voices as the city continues to advance its ambitious climate goals.

Petaluma made international news earlier this year for enacting the nation’s first ban on new gas stations. The city of 60,000 in southern Sonoma County also moved this year to prohibit natural gas in nearly all new construction, and hasn’t allowed new drive-thrus since 2008. It aims to be carbon neutral by 2030.

But mitigating climate change involves more than just ending old habits; it also requires building new ones. That’s part of the impetus behind PECAC, pronounced “peacock” in the local parlance, says Kerry Fugett of the Petaluma-based nonprofit Daily Acts. Her organization is helping to coordinate the new committee, which was established in the wake of the city’s passage of a Climate Emergency Framework in January. “We designed the PECAC to help advance the implementation process of this framework so that it had more voices of color in that process,” Fugett says. Six residents with past experience in community and social activism (but not directly tied to climate) were chosen from among 30 applicants to serve on the committee for six months.

Representing Black, Latinx, and Asian-American communities in Petaluma, and a range of socioeconomic perspectives, the committee members — half of whom are under 25 — are supported by a small stipend and tasked with reviewing the Climate Emergency Framework for relevance to their own community, leading outreach and listening circles, and reporting back to the city council with recommendations for prioritizing policies and addressing climate equity issues.

Though modest, the program is one step toward bringing more people into the climate conversation, “which historically has not always felt inclusive,” Fugett says. “We are hoping that this can feed into how [the Climate Emergency Framework] is woven into the general plan process, and potentially future budgeting decisions.” 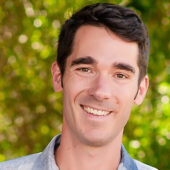