Asphalt roadways buckled last summer in Washington state under the searing sun. This summer, tiles melted off a museum rooftop in Chongqing, China, and near Concord, a BART train derailed when the tracks warped in blowtorch conditions. The world is warming, but cities, especially, are feeling the heat. In these urban concentrations of infrastructure, hot weather is made hotter by vast expanses of asphalt, close-set buildings, and countless humming motors and combustion engines.

This “urban heat island effect” concerns urban planners and health officials around California. Now, they’re studying potential solutions to help city-dwellers beat the heat. Shelley Jiang, an analyst with the Sacramento Metropolitan Air Quality Management District, says measures like rooftop gardens and heat-reflecting roads, both of which can help reduce a city’s temperatures, will be critical in the future.

“Twenty years down the line we may have a climate that’s more like Tucson or even Phoenix, so for people who think they know what extreme heat is like in Sacramento, well, it’s going to be a lot worse,” Jiang says.

By mid-century, Sacramento County will experience triple-digit temperatures between two and three times as frequently as it did in the first decade of this century, according to modeling by the Public Health Institute. Average daily maximum temperatures could increase by 10 degrees Fahrenheit by 2100, and similar projections have been made for other parts of California.

These numbers get worse in cities, where air temperatures “can be as much as 22°F warmer than neighboring rural areas,” according to the Sacramento air district’s 2019 Urban Heat Island Mitigation Plan. This happens through a variety of physical processes. Asphalt absorbs heat and releases it after sundown. This means warmer nights, which can exacerbate physiological heat stress. Vehicles, too, emit heat as they consume fuel in combustion engines. In many urban landscapes, a dearth of trees, vegetation, and moist soil deprives communities of shade and evaporative cooling benefits. Urban heat islands can even impact water quality as storm runoff, warmed by city sidewalks and pavement, enters waterways and harms cold-water species.

Heat island effects can also move downwind, the way polluted water moves through a lake or river system. In the Central Valley, for instance, inland air flow (which locals call “the Delta breeze”)  pushes the hot air of Sacramento eastward into the less urbanized Placer and El Dorado counties. Even though Roseville, located 10 miles outside of Sacramento, is cooled by nearby mountains and has many trees, Jiang notes that its average daily temperature is about 10 degrees warmer due to the urban heat from California’s capital city.

In a 2020 report, Jiang and her colleagues assessed “urban heat mitigation strategies that are reasonable, realistic, and deployable today” such as shifting to electric vehicles and using specialized heat-reflective materials for roofing and roadwork.

The report also called for green, or living, roofs, as well as more trees and vegetation. While trees do help mitigate high temperatures, planting them on the street is sometimes impossible — zoning laws often neglect to accommodate space for greenery — and their cooling effects take years to develop. Cooling roofs, by contrast, can be installed in hours or days and provide immediate relief for a home’s occupants. Placed upon many adjacent buildings, they may provide cooling benefits at a neighborhood scale, Jiang says.

Such steps are especially needed in lower-income neighborhoods, planners say, which tend to run hot. “On the east side of San Jose, there are fewer street trees, so it’s hotter,” says Kip Harkness, San Jose’s deputy city manager. “And these areas are largely Latino and working class.”

The benefits of heat mitigation measures range from barely measurable to dramatic. The air district’s modeling found that enhanced greenery in the northern suburbs of Sacramento could reduce temperatures by at least 0.7 degrees Fahrenheit and as much as 2.6 degrees during the hottest time of day. A 30% investment in electric vehicles could reduce afternoon air temperatures by 3 degrees. Separate studies in Los Angeles suggest that coating roadways with cooling sealants that increase the heat reflectivity of asphalt could produce huge gains, reducing surface temperatures by anywhere from 10 to 23 degrees. Research from the Department of Energy’s Lawrence Berkeley National Laboratory found that covering great swaths of rooftop acreage with cool roofs in California cities could offset anywhere from half to all of the increased heat exposure caused by climate change.

These changes don’t just benefit the communities where they occur. The Sacramento air district’s study, conducted with assistance from the Capital Region Climate Readiness Collaborative, found that heat mitigation projects have cooling effects on areas downwind — yet another reason for neighboring communities to pursue heat mitigation. Jiang’s research has shown that cooling effects can double when implemented upwind.

Potential improvements under an air district scenario in which albedo (heat reflectivity of surfaces) is increased by 35% and vegetative cover by 12%. The results show the benefits of combined mitigation actions. Source: Urban Heat Island Mitigation Report, Sacramento, CRCRC.

Scientists and planners throughout California have recognized the threat of extreme heat, which kills more people than any other kind of climate disaster. The Los Angeles Urban Cooling Collaborative is advocating for urban heat mitigation using trees, other vegetation and reflective surfaces. The Bay Area Climate Adaptation Network promotes education and policy action addressing extreme heat and other climate change impacts.

Farther afield, governments have mandated heat mitigation strategies. Toronto initiated landmark green roof requirements in 2009. France recently passed a requirement that certain types of buildings be partially covered with green roofs or solar panels. Similar policies have been passed in Denmark, Germany and Argentina. Harkness cites Singapore as an ideal model for smart infrastructure in a warming world — a highly advanced city “where you see trees growing out of skyrises and green rooftops.” Cities in hotter regions now have heat czars to troubleshoot health threats.

While there is no doubt that cities around California could benefit from heat mitigation efforts, San Jose’s Harkness believes planners and scientists must better understand how climate change, including sea level rise and drought, will impact existing urban systems before passing sweeping legislation.

“We know enough about heat impacts to make a lot of investments right now, but for bigger, long-haul changes to city infrastructure, more research is needed,” he says. 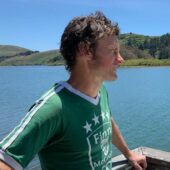